Cheryl Malone, Retired Air Force Lieutenant Colonel, created LifeTransition for Me after discovering that the transitional services available after military retirement did not meet some key needs of service members, veterans, and military spouses.

“When I retired from the Air Force, I found myself in a difficult position. As many other retirees have discovered, ‘we did not know what we did not know’. We were not aware of the many resources available to help us successfully transition to civilian life. Four months after my retirement, I found employment at a university. However, there was more to transitioning than just getting a job.I struggled with these issues: How do I connect to a new community? How do I change my lingo to civilian lingo? How do I dress now for the business world?”

Through LifeTransition for Me, you will find experienced coaches who will help you determine the right direction to pursue for you. We will train you and connect you to resources in the civilian employment, community, and cultural arenas. Each of our coaches is a veteran or military spouse who has successfully transitioned—and has a heart to “serve.”

To ensure we know some perspectives from our civilian comrades, we also have civilian coaches who worked with military members during their initial transition.

LifeTransition for Me, serves to “Meet you at your crossroad to help you bridge from the military over to the civilian community.”

Cheryl is the CEO/Owner of Life Transition for Me, a coaching and resource connection business designed to assist military members’ transition into the civilian community and to assist businesses connect with the military industry. Prior to establishing this business in 2012, Cheryl was the Regional Director of Market Development for Indiana Wesleyan University.

Prior to being assigned to Wright Patterson Air Force Base, Dayton Ohio, at the Headquarter Air Force Materiel Command Directorate of Personnel she was a Mission Support Squadron Commander at Misawa Air Base, Japan. There her squadron was the “Best Squadron in the Pacific Air Forces Command” for two consecutive years (2001-2002).

Cheryl has worked as a human resources officer at many levels and was selected for several performance awards to include being the 2003 #1 Lieutenant Colonel Personnel Officer in the Headquarters Air Force Materiel Command, recipient of the 1997 Best Air Force Installation Social Actions (EEO/Diversity)Office while assigned at Kunsan Air Base, South Korea,  recipient of the 1995 Tuskegee Airman, Inc. Officer of the Year; Meritorious Service Medal and many others.

Soon after retirement in 2006, Cheryl worked for Indiana Wesleyan University as the Regional Director of Admissions-Ohio and Kentucky campuses and later, as the Regional Director of Market Development. She has extensive executive leadership, management, marketing, and human resources experience as well as professional development training in strategic planning, diversity, instruction, and facilitation.

As an advocate for veterans and related service organizations, Cheryl is active in several organizations and has spoken to many professional and community associations regarding veteran’s issues. She is also an Ohio Department of Veteran Services appointed representative on the Ohio Advisory for Women Veterans, co-founder of the Dayton Veteran Affairs Women’s Veteran Outreach Collaborative, a featured guest of her business partners, Syracuse University’s Veteran Igniting the Spirit of Entrepreneurship Media Team, Radio Maria Catholic Broadcast –“Putting Faith and Hope in Your Job Search” show, profiled in the Discover the Dayton Region Magazine, and has been a participant on many veteran forums. 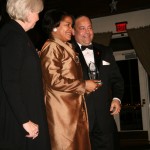 Graduate, Syracuse University Veteran – Women In the Spirit of Entrepreneurship